Peter Pijls tries to unravel the mystery of the Hikikomori disorder, frequently occurring in Japan and resulting in a person (usually an adult male) to completely withdraw from social contact of any kind. Peter’s own insights and experiences are examined, but also those of other people.  “Because I was fascinated, I immersed myself in the topic.”

Around a million young Japanese people live in total confinement because of a desire to isolate themselves due to Hikikomori. This literary means: being confined to one’s own house. People who suffer from Hikikomori are unable to participate in social activities and often only leave the house at nighttime, to purchase their necessities in a night shop. Failure in school or being bullied by their peers or teachers is usually the cause. Some see Hikikomori as the ultimate attempt to escape the suffocating conformism in Japan.

Approximately one in fifty Japanese families

are confronted with Hikikomori. The disorder is considered to be symptomatic of a culture in which the expression of individual thoughts and feeling is not allowed. The peer pressure is immense, which makes their suicide rate the highest of all industrialised countries.

I know a little bit about this matter because my Japanese ex-wife had a brother who suffered from this disorder. I met this man, Jusuuke, for the first time eighteen years ago. At the time he was 31, but I appeared to be looking at a seventeen year old teenager, someone who seemed to have gotten stuck in his physical as well as his mental development.  He hardly spoke, and avoided eye contact. To be honest, I felt like I was looking at a living dead person, someone to whom death seemed to be a logical way out of his misery.

Back then, he’d been living in a tiny, yellow stained (because of cigarette smoke), room in Kyoto for a very long time

Jusuuke failed in secondary school. Because he brought shame to his family, he isolated himself drastically, entirely in accordance with the Japanese shame culture. But there seemed to be another surprising, religiously motivated explanation, which I will discuss a bit later.

Jukuuke’s father, my former father in law, thought his son wasn’t suffering from any disorder whatsoever. According to my ex-wife he wasn’t even familiar with the concept of Hikikomori. My father in law, a very religious, pensioned banker, had a completely different explanation for his son’s destiny. He believed that Jusuuke’s grandmother once made the fatal mistake of cutting down a blooming cherry tree. Cherry blossom is a national symbol in Japan. And the spirit of the tree, the ‘kami’, would have become angry to such an extent that Jusuuke became the target of his revenge. And thus the explanation of my former father in law.

This seems an absurd explanation to us, but Japanese people, including my ex-wife, find such an explanation entirely plausible. In accordance with the animistic tradition of Shintoism, they believe everything has a spirit; a tree, a person, even a grain of rice. Furthermore, there is a big stigma attached to psychiatric disorders in Japan. Seeking professional help is considered a sign of failing. Only undisciplined losers would do such a thing. And they don’t have much sympathy for those kind of people in Japan. ‘The nail that is sticking out of the wood must be knocked out’, a Japanese proverb states. Jusuuke experienced this first hand.

Because I was fascinated, I immersed myself in the topic

In 2007 I interviewed Paul de Leeuw, the Netherlands’ one and only Shinto-master (Shinto is a Japanese religion based on the belief that all things have a spirit), in search of some clarification. To my astonishment, he seemed to understand my former father in law’s approach all too well. He said: “The spirit of the cut-down tree could have been seriously disrupted, and out for revenge with Jusuuke as its target.  I don’t rule out the possibility.

My wife however, did think her brother needed psychiatric help, which resulted in her having an acrimonious clash with her father. He stood his ground. He prayed every day for his son’s recovery. I witnessed this a handful of times. I looked at him with both surprise and understanding, knowing I should keep my nose out of his family affairs.

Eventually, Jusuuke got better, with the help of his mother. She persuaded her son to end his 17 year long isolation and come back to the family home. She encouraged him to cultivate the family’s land, and he obeyed. And so he reintegrated as a rice farmer into Japanese society. And he has been doing that to this day. All’s well that ends well.

My ex-wife and I had long conversations about her brother

When they were children, he was a quiet and sensitive boy, who loved to paint and read. He listened to The Smiths, and angry rock music. Slowly but surely I became more understanding of my ex-wife’s ambivalence toward psychiatric vulnerabilities. Especially after I developed bipolar disorder myself a bit later on in life.

One of my ex-wife’s oldest and best friends also suffered from bipolar disorder (also known as manic depression). She married a lawyer, in Japan a profession of high regard. But when she started to suffer from her disorder more and more, her husband relentlessly threw her out, with a wad of money as a peace offering.

My wife thought this was a perfectly normal state of affairs. It sounds harsh, but considering her Japanese mentality and religious beliefs, it was a completely logical reaction. A few years later, I experienced this myself too, when my bipolar disorder in combination with my addiction to alcohol resulted in her ending our marriage. She, a successful businesswoman, could not be seen with a broken man like me. So I had to leave, to restore the harmony in her life. I don’t blame her for the way things have worked out. Only by leaving her I could work on my psychological recovery and fight my addiction to alcohol, successfully by the way.

Hikikomori may sound like an exotic affair to us western people

a neurosis that is typical of the competitive society in Japan, but that is not the case. During the six years after my divorce, I basically lived like a Hikikomori too. And for a long time, I felt like an embarrassment to my ex-wife, son, and Japanese in-laws. I felt like I had failed, and like it was all my fault.

Only now that I’ve lived independently for the last four years, and I’m no longer seeing any psychiatrists, I’ve started to realise I shouldn’t be embarrassed at all. The realisation that bipolar disorder is merely a chronic condition slowly dawned on me. And that’s how I started to look at my addiction to alcohol, according to many experts a chronic disease; a bit like diabetes, only mentally. I gradually detached myself from the Japanese perception of my destiny. And just like my brother-in-law Jusuuke, I reintegrated to society, by getting back into my old pastimes, writing and photography.  I think that that’s what saved my life, like Jusuuke escaped his probable death by becoming a rice farmer.

Over the past few years, since my arrival at the funny farm in Venray, I’ve met many Hikikomoris myself

mental health patients who often involuntarily live in total confinement. I became friends with some of them. I’m usually the only one who visits them regularly, apart from the obligatory visits from the psychiatrists, or conversations with the social workers from the municipal department of interference.

I learned that there isn’t much of a difference between Japanese people who suffer from Hikikomori  and Dutch mental health patients. None of them meet the common standard of society and they all get labelled as crazy, and are too often put away for life, in a psychiatric hospital or in sheltered housing. And also in the Netherlands people with a psychological vulnerability often commit suicide, or become a victim of exclusion, stigmatising, and isolation.

Peter Pijls is bipolar and a recovering alchoholic. He kicked the habit of taking medication quite recently.

More blogs by Peter Pijls can be found here

More on psychosis and medication 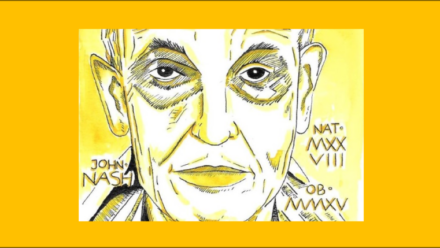 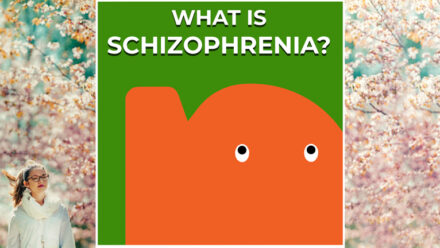 What is schizophrenia? You've probably heard that it is a very serious psychiatric brain disease, and similar misconceptions. So what is it exactly? 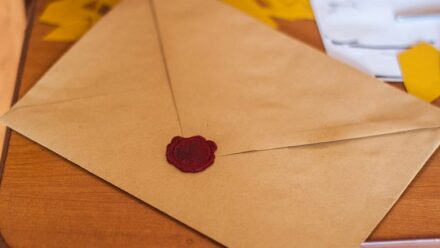 Exchange of letters between May-May Meijer and Jim van Os

Exchange of letters between May-May Meijer and Jim van Os. "I am curious to hear your reaction."