Mental suffering is very complex and still not fully understood. The exact causes of a depressive episode are still shrouded in mystery.

What we do know about depression: there is never one single cause to point to. Most often, there is a combination of physical causes, combined with your earlier life experience and your personal character traits.

Other causes of depression can be major life events, such as the death of an important friend or family member, a divorce or job loss.

The depression does not always have to follow right after such an event. Threatening experiences, such as sexual, physical or mental abuse, can sometimes lead to depressive episodes even years after they happened. In such cases, they mostly come together with posttraumatic stress disorder.

The reasons for depression, however, do not always have to be such clearly shocking events. People who feel lonely for a long time and/or have a small (or no) social network, also have a higher risk of developing depression.

Most people who go through hard times, might feel sadness for a long time, yet without becoming depressed.

Vulnerability to depression can also be related to psychological factors, personal characteristics or your personality type. Fear of failure, low self-esteem and unwillingness to ask for support, are examples of character traits that can increase the risk of depression.

For people with depression

A depression can have far-reaching consequences for everyday life. People often can no longer work, or only part time, take care of their family or focus on their studies. Moreover, feelings of fear, sadness, desperation and loss of hope can be so unbearable that they lead to thoughts about taking your own life.

Depression often comes with physical complaints as well, that can further complicate life and affect other people.

Finally, people with depressive episodes have a higher chance of cardiovascular disease (problems with heart functioning and blood flow).

Living with someone who is depressed is hard. Partners, children and other close family are under lots of pressure to adjust to and deal with their depressed family member.

When the person who is depressed is showing so many negative symptoms, the people around them have a hard time staying positive and showing sympathy. This can make them feel powerless, frustrated, lonely and desperate. 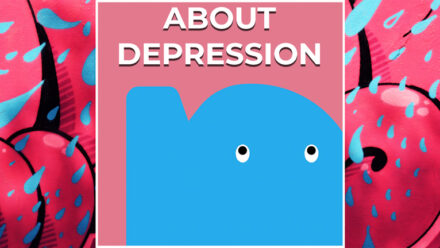 What is depression? What are the common symptoms, and what do we know about possible causes and consequences? Our website offers you sober and useful information... 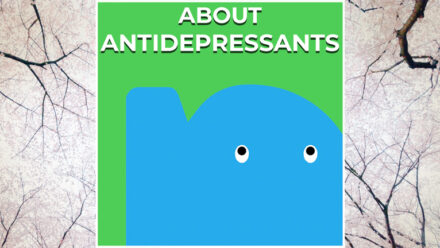 When you are feeling very down or always having depressive thoughts and emotions, your doctor or psychologist might suggest that you take antidepressants. Read everything about...