Manic depression is also known as bipolar disorder. It means that someone has alternating manic and depressive episodes. Not just your mood but also your energy level is constantly swinging between these two extreme opposites.

During a manic episode you feel overloaded with energy and you are often hyperactive. A depressive episode feels like the opposite: you feel washed out, have zero energy and don’t feel like doing anything.

Between these two extreme moods, you might have a period of stability with little or no mood problems. Sometimes the mood episodes are years apart. Sometimes they follow each other so quickly that there hardly is a stable period between them. This is called ‘rapid cycling’.

Both the severity and duration of mood episodes are different for everybody. You could suffer only mild manic problems (also known as hypomania). But for others, they can be so serious that they are accompanied by signs of psychosis.

Diagnosing ‘manic depression’ or bipolar disorder can be very difficult, because mood swings happen to everybody. That makes it difficult to decide whether a change in mood is only natural, or a sign of a mental condition.

Watch the animation “What is manic depression?”

People often speak of ‘the bipolar spectrum’ to indicate that mood swings are a matter of degree. There is no clear line between what is ‘normal’ and ‘abnormal’. Mood, like psychosis and intelligence, is a spectrum. Every person fits somewhere along a range between two extremes. Someone’s exact place on that spectrum is different from person to person. It can even vary over the course of an individual´s life, under the influence of certain personal factors and environmental influences. 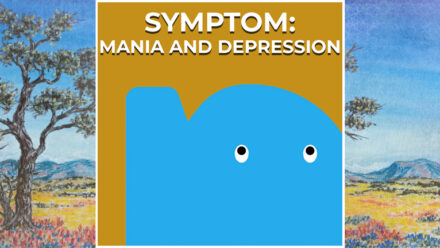 Signs of mania & depression can occur with psychotic symptoms such as delusions & hallucinations. And psychosis can also cause anxiety & depression. 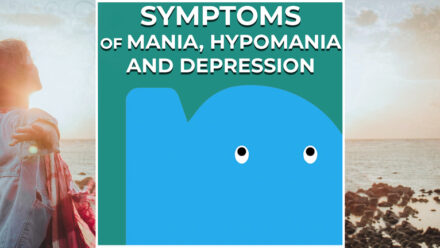 Symptoms of mania, hypomania and depression

The degree to which someone experiences mania, hypomania and depression, is different from person to person and even varies per episode. 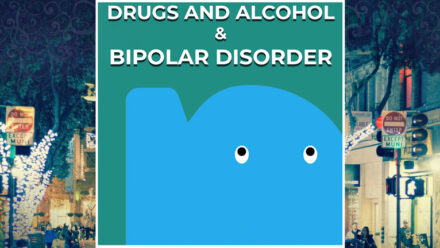