We perceive the world through our senses, but our brain gives meaning to what we perceive. If this perception goes wrong, you can see, smell, feel, hear or taste things that are not really there. Sensing these disturbed perceptions is called hallucinating.

When can hallucinations occur?

Hallucinating is often associated with using drugs, like LSD. This is also called tripping. There are also other substances that can make you start hallucinating, such as alcohol or certain prescription medication. Other triggers that can cause hallucinations are lack of sleep and psychosis.

There are five different kinds of hallucinations. During psychosis you can experience more than one kind at the same time, causing you to lose touch with reality.

Visual hallucinations – You see things that are not there

Tactile or touch hallucinations – You feel things that are not there

Gustatory hallucinations (taste)  – You taste other things than are actually there

Olfactory hallucinations (smell)  – You smell things that are not there

It can be very difficult to connect to people who are hallucinating. After all, they are in their own reality and it can be hard for others around them to understand what exactly they are perceiving differently. The kinds of hallucinations are almost always scary or unpleasant. Think of the feeling of bugs crawling under your skin or voices telling you to do horrible things.

We do not fully understand yet what causes hallucinations. What has been discovered is that during visual and auditory hallucinations (hearing voices), the same regions of the brain are active as when seeing or hearing real things. With voice hearers, the parts of the brain that process language are also activated, as if they were really talking and listening. It seems that overstimulation of certain brain regions causes hallucinations in that particular area. Dopamine also appears to play a part, although we do not know exactly in what way.

Hallucinating is one of the symptoms that can be present with psychosis. To people in a psychotic state, the hallucinations are often frightening and strange, and lead to distrust of the outside world. The distrust is caused by delusions. 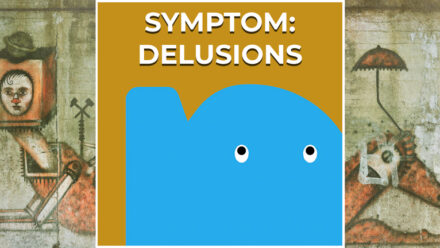 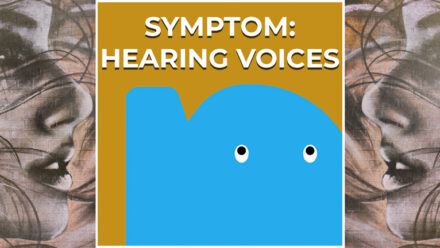 Hearing voices occurs quite regularly and not everyone sees it as a problem. The voices seem very real to people, although they are only in their... 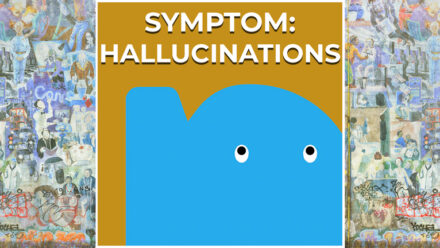 Our brain gives meaning to what we sense. If this goes wrong, we can see, smell, feel, hear or taste things that aren't there. Hallucination.