First aid for psychosis: how can you help someone?

What should you do when someone around you is slipping into psychosis? And what should you avoid? Anne saw it happen once to a friend and shares ten tips in case of psychosis, based on her own experience.

‘Anne, help me! Something is wrong, you need to come now!’, Audrey texted me. It was 06.10 in the morning, and I just woke up.
‘What is your address? I’ll be right there,’ I responded, before I quickly got dressed and jumped on my bike. My heart was pounding as I speeded towards the train station, jumped on board and then sprinted to her house. All kinds of scenarios went through my head. What would I encounter here exactly? How would she be doing?

There was no doubt that something serious was going on. But if I had known then how serious exactly, I maybe never would have gone over there. The prospect of the fear and helplessness that would await me, would have simply paralysed me.

When I found her in the living room, completely upset, it was clear

I could see it in her eyes, in the way she moved and the sound of her voice. And she was realising it as well. The last time something had went wrong in her brain was over three year ago, and followed by months of admission and misery.

Immediately I decided to do everything I can to prevent what had happened last time: forced admission, use of forces and traumatic days in the isolation cell. Maybe I was naïve to think that this time I would be able to save her from everything. But looking back, I can at least say to myself that I have done everything in my power to ease the pain and damage.

‘I am with you and won’t leave you’

I kept repeating that sentence over and over, as I held her hand, looked at her and tried to gain her trust. I called her psychiatrist, asked a colleague for advice, and tried to remember all the necessary steps. Call her in sick, check her schedule, cancel all appointments, arrange a babysitter for her child. At that time, the situation still seemed quite manageable. I still believed that we could get out of this together without too much damage.

We went for a long walk. I had done the same before with someone else who had an acute psychosis, which had helped her to calm down again. I had arranged a meeting with a psychiatrist for that afternoon. As the time of the appointment was nearing, she became more and more fearful and confused.

‘They are going to lock me up again, aren’t they?’

She said it more than once, with a look in her eyes that broke my heart right away. Everything about her screamed ‘traumatized’. She had told me about the forced admissions she had been through. About the long days and nights in the isolation cell. About all the times that her care workers humiliated and betrayed her. Left on her own when she was more vulnerable than ever. But never before was it so clear to me what all these experiences had done to her. How she was broken by the system that was actually meant to help her.

Luckily, the meeting with the psychiatrist was pleasant and when we left again, she was crying from relief. Against her own fears and expectations, she was not locked up and was still free to go. And we were still together.

At home, we drank tea and sat in the sun, thinking we had made it. The storm had passed and we had acted quick enough to avert the danger. Yet nothing seemed further from the truth.

Less than three hours later, she was in a full-blown psychosis and completely out of control

Everything I ever heard and learned about psychosis was now happening before my eyes. Fears in all kinds of forms, living and dead, from crazed panic to hysterical euphoria.

It became truly frightening when she started to project her fears and angers onto me. Or actually, not at me personally, but at someone else my blue eyes reminded her of. Someone who had hurt her deeply about thirty years ago and abandoned her. Children can be very cruel, it turned out again, and create lasting scars onto each other.

Minutes seemed to last for hours, as I sat there on the couch. My heart racing, while I pretended not to fear for my life, with someone staring at me as if looks could kill. Like I was taken hostage by someone who looked like my friend, but was clearly another person. I asked how things had went so far out of control. Admitting that I was scared of her, eventually offered something of a way out. She calmed down a bit after that and took a few steps back.

I breathed in again, and out.

Six hours later, she was asleep at a closed ward in a hospital. Finally

We had made it through without police, without force, without pressuring her. Looking back, it is nothing but a small miracle; exactly what she and I both had tried to achieve.

When I visited her the next day, to my great surprise, she was very clear and remembered exactly what had happened the day before. Everything she had said and done during her psychosis was clear to hear, and she could tell me exactly what had helped her and what not.

Based on that experience with Audrey and our conversation afterwards, I wrote down a number of tips for dealing with someone in psychosis. (NOTE: the exact do’s and don’ts are very specific for each person!)

My 10 tips in case of psychosis: How can you help? (and what best not to do)

1: Be honest and open about every step you take
When in psychosis, people can feel very suspicious and distrustful. Be as honest as you can: tell them who you have contacted and what you told them. (Example: “I just called with your psychiatrist because I am worried about you.”) Also tell them what you are about to do next, and why.

2: Appoint a person of contact for friends and family
Inform close relatives about the situation and point them to a person of contact (yourself?). Let them contact this person instead of the one in crisis, unless that person has clearly indicated the desire to be contacted directly. Is this the first time that they see their friend or relative slip into psychosis? Then direct them to Psychosisnet.com and other sources for practical information.

3: Make an emergency plan – and use it
When available: check the person’s emergency plan or crisis card and go through it together. This document describes exactly how to respond in times of crisis, what treatment is preferred by the person (admission or not?), any medication and other important info.
When someone does not have an emergency plan / crisis map yet, but does have a history of crises, try to create a plan/map in the future, either with the person or with his/her care taker and important relatives.

4: When children are involved: explain the children that mom/dad is confused and needs some help
Let the child openly tell about what it has seen / heard/ noticed and tell them that you will not leave their mother or father alone and will help them. Take care that the child(ren) is/are looked after and tell the parents that their safe.

5: Create a peaceful and quiet environment
The person in crisis is often dealing with lots of fears and finds it hard to trust others. Try to act as calm and comforting as you can, both in your words and body language. Avoid any crowded places or noisy environments when you can. Try to reduce any external stimuli, by switching off radio and tv for example.

6: Take the lead and be clear
Try not to bother the person with unimportant questions or choices. (‘Would you like coffee, tea, or something else? Do you want to go to this place, or that?) Psychosis often comes with lots of confusion and inner chaos. Try not to add to it, but be as clear-cut and simple as you can.

7: Offer room to talk and blow off steam
Let the person in psychosis do the talking. Try not to respond too much, but listen instead. Go for a walk if that is appreciated, preferably somewhere in nature. Realize that any delusions or hallucinations appear as reality to the person. Do not judge them or try to prove them wrong, but do tell them that you are experiencing the world in a different way.

8: Provide enough physical space as well
Prevent someone from feeling trapped or locked in and ensure there is always a way out. Grant the person some room (to move around), for instance, by taking a walk outside.

9: Do not start debates, but distance yourself when you need to
Someone in psychosis can say the most horrible and insulting things. Do not take this personally and do not respond or argue about it (and certainly not at that same moment). When someone keeps responding to you in a negative way (i.e. with aggression or delusional ideas), actively move away from them. This does not mean you are abandoning them; you are only creating some rest.

10: Motivate that person to seek professional help on their own initiative
Try to prevent the situation from escalating to the point that the emergency services must be called. Motivate the person to go see a doctor / crisis service on their own free will. Explain to them that is will actually prevent the situation from getting to the point where others will force them what to do. Yet the main rule in all circumstances is: when you or the person is in immediate danger, ALWAYS call for help. If you call in a crisis team or emergency service, do not let them (if possible) walk in unannounced. Prepare the person in crisis for their arrival, and avoid any sudden surprises.

11. Look after yourself as well!
You can only be there for someone when you first look after yourself as well. Seeing a psychosis happening from up close (especially with someone you care about) can be traumatic for you to witness. Do what you must do to stay on your feet, even if this means you have to take some distance once in a while (be clear about this to the person!).
You have all the right to be scared, angry, sad or exhausted. It’s okay if you don’t know what to do anymore at some times. And you too are in need of help and support. Remember that properly taking care of yourself also makes you a better caretaker for others.

Anne Marsman is psychologist and editor in chief of PsychoseNet.nl 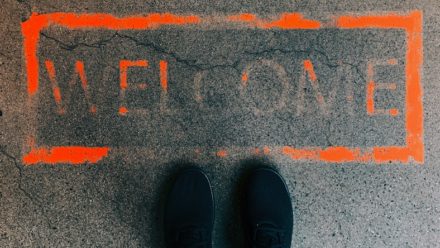 Welcome to psychosisnet.com. We launched this website to simply offer a place where you can educate yourself about psychosis.

What do we mean when we talk about psychosis? In this short animation we explain psychosis and its different symptoms.